The next meeting which will be a manuscript evening is on 11th May at 7. If you are at all interested in writing whatever genre come and visit us. The last very enjoyable meeting of the Circle was an evening competition in which all the writers wrote a story — max.

There were 13 stories read out, all vastly different from each other, from romantic to WWl, to spin-offs dealing with Crippen the murderer to the daily lives of Sherlock Holmes and Dr Watson, and all with the same intriguing ending. A very funny and enjoyable story. Second prize went to Peter Caunt who wrote on Holmes and Watson, and did a clever impersonation of a violin! Our next meeting is our Spring Social Evening. Wednesday 13 April at 7.

He spoke easily and very well, pointing out basic necessities in editing, rereading your script, and ensuring all interesting points in reporting your article are well covered. Ed answered the many questions put to him, and was a delight to have as our guest. All visitors welcome. This was to write a full story in words — it eliminates all unnecessary adjectives and adverbs, thus entailing a thorough editing, and keeping all the interest and salient points.

Sadly our numbers were down, due to the inclement weather. However, our given themes of Telephone; Train Ticket; Photograph and Staircase showed what talents our members have, and the following stories were read and listened to with great interest. The next meeting is on 2 March, when manuscripts — either completed or work in progress can be read. Friendly constructive criticism is always offered should the writer wish it.

The meeting of 3 Feb was the rescheduled adjudication of the poetry competition. There had been good attendances, quite a few new members, and acceptances for publications were up to our normal standards. John Chilton Treasurer read his financial report, which shows a slight increase over the year. Ruth Bowes proposed and Hilary Staley seconded that Mrs Reed should be chairman for a further year; Mr Chilton to continue as treasurer ; and Kathleen Manson would be secretary.

All present agreed. Following the AGM some of the writers read their own manuscripts. All who are interested in writing are very welcome to come to our group at Community House, 46 East Parade, Harrogate at 7. The occasion was a manuscript evening when members read out their work for positive suggestions from their fellow writers.

The occasion was a manuscript evening when members read out their work for consideration and positive suggestions from their fellow writers. Several members presented the latest chapters from their novels. First was Amanda Chesson. Lesley Taylor and Sue Hardy Dawson also submitted early excerpts from books that they were working on. Liz French, a new member, read a love poem which she hopes to be part of a series. Joan Reed, in the chair, closed. She cited the items that inspired her such as shoes and shells that would bring back the sound of the sea when you put them to your ear.

In second place was Daphne Peters who described an upper room in their cottage at Studley Roger which had become a sort of store room of memories for herself and her husband Joe.


Initially, there was a tie for third place between Joe and Catherine Burwell. September The theme of the competition was crime and Mrs. Cobbett commented that there were several different interpretations of the genre and that at least two were reminiscent of the style of the novelist Lee Child.

Although she commented that double spacing made her task easier she did not let punctuation, typos, spelling or syntax influence her decision but concentrated on the way the subject was handled by each contestant. There were nine entries and Maggie said that writing stories was much easier than judging them.

In his vote of thanks John Chilton commented that he had known several adjudicators during his years at The Circle and that not all of them were totally acceptable to the members or the committee but that Maggie was a notable exception in the detailed and objective way that she treated each story and the fact that she presented her critiques in the fashion required by the committee.

In closing the meeting Joan Reed, in the chair reminded members that the next meeting on Wednesday, September 30 would be a talk by J. East Parade. Lesley Taylor reported that a fantasy short story had been accepted in an anthology. She will, also, write for a film called Dazzle Dance on the subject of light for National Poetry Day.

Charley's First Night EBook Two of our most beloved picture book creators team up to tell a classic story of a child, his new puppy, and a first night home.

Hardback Newbery Honoree Cece Bell follows her offbeat Chick and Brain: Smell My Foot with an even wackier story for beginning readers, sure to elicit eye-rolling squeals of delight. Chick and Brain: Smell My Foot! Hardback From Newbery Honor winner Cece Bell comes an offbeat, pitch-perfect storybook for beginning readers that will have them in fits of giggles.

Off Broadway Shows You Can See in New York Right Now

Chik Chak Shabbat Hardback Celebrate Shabbat, community, and diverse traditions with this lyrical tale, illustrated with a lively and whimsical touch. Child Convicts Hardback A stark and intriguing portrayal of life for the youngest convicts who populated the Australian colonies more than two hundred years ago. Children Growing Up with War Hardback Through personal narrative and candid photographs, a photojournalist chronicles young lives upended by violence and strife.

Chilly Milly Moo Hardback As a quirky cow discovers, when life gives you a penchant for cold, make. A comical ode to individuality. Choo Choo Board Book What could be more fun than an old-fashioned train ride?

Chuck and Woodchuck Hardback From award-winning talent Cece Bell, a sweetly offbeat story about two shy first-graders and the woodchuck who helps them become friends.

Ciao, Baby! In the Park Board Book Ciao! 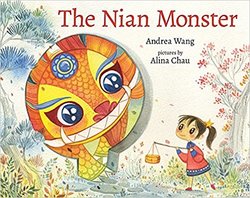 A pair of cute and colorful board books from Carole Lexa Schaefer and Lauren Tobia introduce a curious, lovable tot eager to explore the world.